Shocking domain expiry mistakes that every website owner should learn from 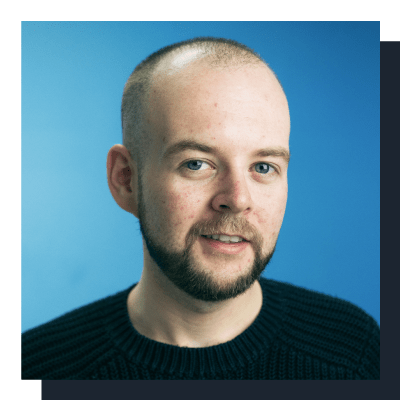 Renewing your domain name isn’t exactly something that sits right at the top of every business owners priority list. But let it expire and you could land yourself in a world of trouble.

Why would anyone want to tamper with your domain? There’s an entire industry of investors out there trying to snatch domain names with exceptional value, the last thing you need is someone stealing your web address when you’ve been caught sleeping at the wheel.

Domain trading is a big business and there are a bunch of reasons someone else might accidentally or intentionally register your domain before you can. From enterprising individuals that’d take your address to sell it back to you, to rivals in your niche looking to collect relevant domains for SEO purposes. Every second your domain is expired, it has the potential to turn into a nightmare situation.

In this article, we’re highlighting some of the scariest examples of companies allowing their high-value domains to expire. Have a look through these chilling cases to remind yourself of the dangers of neglecting your domain security.

Let’s start with the single biggest brand on the internet:

Sanmay Ved was an ex-employee at Google that was able to buy the most visited domain in the world for just $12. How? Ved explains that on one late evening he was toying with Google Domains and decided to type in “Google” on a whim. To his astonishment, the domain was available for purchase which, as you can imagine, Ved jumped on without hesitation. He was able to complete the transaction and for a small amount of time had complete access to Google’s Webmaster dashboard.

Ved detailed the entire ordeal in a LinkedIn post including screenshots of his experience. Shortly after the transaction, Google Domains cancelled the sale and refunded him. If the world’s most famous tech company can slip up, it could happen to any of us! The only difference is, if someone registers your domain before you, there’s no way you’ll be able to simply grab it back at the push of a button like Google did with Ved.

Yes, another tech giant that momentarily lost its grip on a ginormous domain. In 2003, Microsoft failed to renew its “Hotmail.co.uk” web address, and a quick reacting buyer was able to snap it up.

Luckily for Microsoft, the domain was purchased by a “good guy” as opposed to a villain. The new owner tried to contact the software giant almost immediately to arrange the return. After a short period of panic, the team handling the scenario at Microsoft were able to respond and restore the domain to order. The exact transaction terms remain disclosed to this day, but it’s safe to assume that a blunder of this magnitude being solved so quickly would’ve landed someone a serious bill.

This world-famous sports team first registered the domain “DallasCowboys.com” in 1995. In 2010 the domain expired. The company were able to purchase it back for an unknown fee but it took a costly 48 hours to get the site back to running normally. The temporary owners were able to upload a photo of people playing real football (soccer) on the teams home page, which is as funny as it is scary. Following this eye-opening event, a Dallas spokesman was able to confirm that the team now run an automated renewal of their registration account.

Foursquare also had some downtime in 2010 due to their domain expiring. The administrators of the popular travel site, which then was a rising startup, failed to renew the domain in time. As a consequence, their hosts GoDaddy were forced to take Foursquare’s main page down and replace it with a placeholder landing page.

As you can imagine, a site of this size going down for any chunk of time will never go unnoticed. A lot of people caught wind of the situation and were able to report the fault across social media before the domain was restored.

Regulators like GoDaddy have a habit of making sure their customers get a bit of a heads up in situations like this which is perhaps the main reason the issue was addressed before anyone could capitalise on the oversight. It’s a small mistake that could have very easily lead to a gigantic problem, especially for a booming venture that had reportedly raised around $10 million of funding that year and at that point was estimated to be worth nearly $80 million in total.

In 2011, the Australian aftermarket site Netfleet hosted the sale of investmentproperty.com.au. The owner of the site let the domain expire and unlike the large companies mentioned above, they were unable to prevent the domain from being registered by someone else. The address was put up for auction and achieved a whopping $125,000 winning bid.

The winning bidder was Steve Rollan, a property developer and owner of Vision Homes. Almost all domain registration services will do what they can to give owners ample notice of upcoming expiry dates, but all it takes is for this contact to missed for any reason and the worst can happen.

These are some of the most spectacular domain expiry cases ever to grace the internet. Don’t want the next case to be you? There are a wealth of measures you can put in place to ensure you never expose your website to the dangers of domain expiry. The main notes to take away from the above examples include:

👻 Setup an auto-renewal of your domain as soon as you can
👻 Check to make sure your current domain provider has the correct details and their emails are reaching your priority inbox
👻 Don’t put it off! As soon as you get a notification of expiry, act right away

Get these details sorted as soon as you can to prevent your domain from being stolen or any other costly disruptions happening as a result of expiry. We recommend using Little Warden to spot issues as soon as they happen.