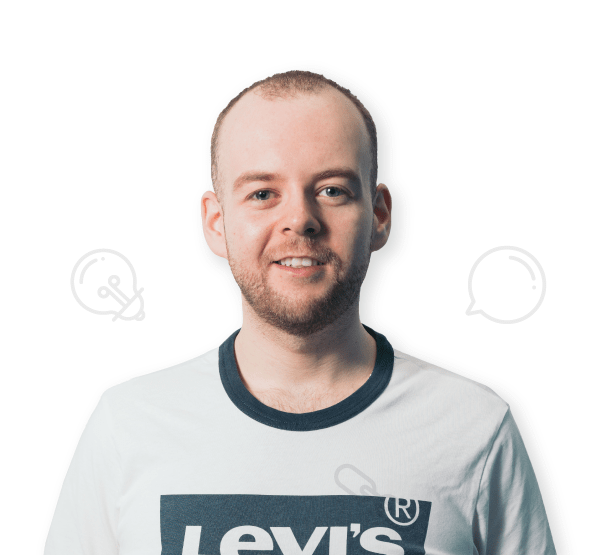 Looking for a new slogan that’ll tear through the crowds and draw the right people to your brand? Well, in this article, we’re shining a light on 7 of the best slogans to ever grace the world. Every entry here makes the list because you shouldn’t need to be told who each slogan belongs to – the true mark of a fantastic brand. Have a gander through these industry leading classics to get your creative sparks flying!

Not only has KFC managed to squeeze in three words of pure gravity when it comes to food, but the slogan also says everything you need to know about the brand right off the mark. McDonald’s comes close with “I’m lovin’ it”, but “I’m loving it” could quite literally be related to almost every consumer brand under the sun. “Finger linkin’ good” actually tells us more. You’re going to be using your fingers, they’re going to get pretty darn messy, and it’s going to be awesome.

Have a break, have a KitKat

The genius behind this slogan goes beyond simply reminding you what you should be chomping on whenever you get 5 mins to yourself. It’s actually so brilliant that it ties itself into our ingrained culture of snacking. The reason the slogan is so powerful is it’s incredible memorability. How many times throughout the day do you have cause to say or think “time for a break?”

So of course, all it takes is to hear this slogan a couple of times and you’ll relate the brand to the crazy common phrase that makes up its first half. Now, whenever you think or someone else says “take a break”, everyone around them will instinctively complete what is effectively one of the most catchy call-to-actions ever created; “have a Kit Kat”.

Yes, the ads are hilarious, but there’s also something very powerful about a slogan that invites you to do something that’s actually technically impossible. The brand wants people to recognize it for two things: One is the fact that every pack is filled with a variety of uplifting flavours. The second thing: being fun and playful.

It’s a call-to-action for sure, but it’s one drenched in fantasy. The brands most recent TV ads play into this theme brilliantly by portraying human characters that are “cursed” with the fantastical power of turning everything they touch into a sea of the vibrant sweets. What could be more fun than that?

Want to get people echoing your brand left, right, and centre? Create a slogan that has to be said the R-R-R-ight way. A lot of interesting things have been said about Tony the Tiger over the years, but one thing is certain, there’s no mistaking his ability to sell cereal. This bad boy’s catch-phrase is just two words long and gets straight to the point. The main idea here is to get as many people trying to replicate the phrase as possible by making it sound and read in a very unique way.

It’s still relatively impossible to have a bowl of Frosties around people today without someone doing a Tony impression as soon as they realise what you’re eating.

It gives you wings

One of the reasons this makes our list is because of the irony. How easy would it have been for RedBull to come up with something far more in line with the actual function of the drink? They could have been boring and told people to, “do more” or “get busy”, but instead, the concept is connected to something far more inspiring.

The world’s most famous energy drink has earned it’s fame by steering away from practicality to stand more for pleasure and escape. When this slogan first hit the screen everyone thought these geniuses had managed to sneak some kind of narcotic into an energy drink. Turns out, they just added extra sugar and a hefty portion of caffeine.

Off the back of their emphasis on “wings”, Red Bull have since been able to branch their advertising out into “aircraft sports” and a wider range of extreme sports sponsorship deals. Want a logo that’ll go the distance? Think about the potential moves your brand could aim to make down the line.

Probably the best beer in the world

Relative to the other classics on this list, this is quite a long one. Although this slogan isn’t used anymore, even people that aren’t avid beer fans will recognise Carlsberg’s phrase and the clever string of TV adverts that have been released to bolster its meaning. The best thing about this concept is its lack of sophistication. The word “probably” isn’t a boast or a promise. It suggests the audience has a choice, which is empowering and hugely likeable.

Last but by absolutely no means least, Nike took their branding to a whole new level with nothing but a big tick and a knack for market breaking sponsorship deals. “Just do it” does two things really well: Firstly, it reflects the brand’s no-holds-barred approach to sports and activewear design. Secondly, it encourages its target audience to get involved, take sports by the scruff of the neck, and attack like a champion. Everything the brand stands for is rolled up into one incredibly tidy call-to-action.

Ask yourself one question. How do you want your brand to make your audience feel? We really hope this quick list of world-class slogans has helped get your creative thoughts flowing!