Google Duplex: The AI that can pass as human (on the phone)

We are currently on the search for a PPC Executive to join our ever-growing team! Could this be the role for you? 👀🎯
Apply today!
Call on 01702 315377

Google Duplex: The AI that can pass as human (on the phone) 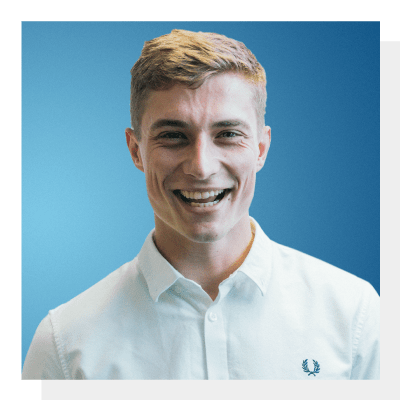 The Google Duplex is an AI assistant that can make phone calls to book haircuts, restaurant tables and find out opening/closing times of small businesses during holidays. All of this sounds amazing, but is there more to it?

What does the Google Duplex actually do? It makes appointments for you through a phone call, books restaurant tables and calls up small businesses to find the opening times on holidays (bank holidays etc.).

The incredible thing about this is that the AI could easily pass as a human. It sounds human, it converses similarly to humans, and it even takes time to ‘think’ just like us humans do.

Google spun more human-likeness to the Duplex by teaching it to ‘hmm’ and ‘err’ when it’s gathering information to continue the conversation.

The problems with Google Duplex

The Google Duplex is undeniably game-changing and futuristic yet slightly eerie.

There is an alarmingly large amount of the population that fear AI. This is worrying because if Google is running an AI assistant that has the capability to fool us into believing they are also human, then how is that respectful of those who do not agree with such human-like robotics?

The answer is – it isn’t. Does this mean it’s crossing the guidelines set out for GDPR?

My main concern with #GoogleDuplex is, how does the person answering the phone agree to the data baing collected? How does this adhere to GDPR?

The voice is natural enough that you have no idea it’s a bot..

Even if the Duplex was required to tell the phone call recipient that they are AI, what’s to say they won’t slam the phone down?

And if they do, then what’s the use of the Duplex if it doesn’t always get the chance to do what it was programmed to do?

One Twitter user has pointed out what this could mean for people in job roles that AI could potentially take over.

Although technology has taken many jobs away from people, it has, in fact, created more job roles than it’s destroyed. Not only that, but a study by the consultancy Deloitte in 2015 found that the roles technology has overtaken are mostly difficult, boring and dangerous.

Technology seems to be taking the jobs we don’t want to do. It’s leaving us the chance to a career path we want rather than need.

And in one swipe we have eliminated the job of a receptionist and PA. Next will be call center workers. #googleduplex

From everything that Google Duplex learns from you and failed phone call attempts, the AI recognises how to encompass ‘human’ talk into its tone of voice and pace of conversation. This is shown in the way the AI speaks in the demonstration.

It takes time to say some words slower; it pauses to find an answer or to ‘think’; it even speaks clearly, sounding less robotic and flat (which we are used to hearing from any kind of voice-technology).

Is the Google Duplex creepy?

As innovative as this is, it’s also extremely creepy. Could it get to the point where we no longer know if we are talking to a human or an AI assistant on the phone? This is another factor that is causing controversial opinions on the ethics of Google Duplex. 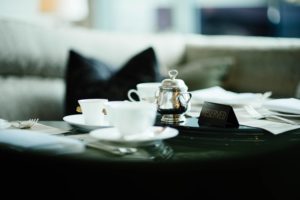 But surely it’s just like the Google Home or Amazon’s Echo Dot? I mean, they’re all AI assistants. Surely by now most of us have got used to the fact AI is becoming a huge thing in our lives.

Surely the people that fear AI understand the possibilities that it could unlock for everyone. Not to mention the help it could give to people with disabilities.

Can you imagine the possibilities? I can, and all I can say is that they are endless. We’ve got this far, there must be more we can do to push beyond what AI can already do.

The possibilities of Google Duplex

What’s even more interesting is the short period of time that these advancements have been made. Just think back to when the very first computer was built (1938). Everyone was astonished by the futurisms of this device.

But within 80 years, we’ve designed a computer that talks, does things for us and almost ‘thinks’ for itself (in some way).

Imagine what we could accomplish with the Google Duplex 20 years into the future.

It could make it much easier for those who are hard of hearing or deaf, to book a table at a restaurant that doesn’t have online booking.

It could give those with learning difficulties, autism or mental health issues the chance to do the same, without having to speak on the phone themselves.

It could save time, aggravating phone calls and enable many people who are unable to do this independently, make appointments and phone calls alone.

People are concerned about ethics and Google Duplex. Just think of what it would enable for people with disabilities. #io18 #GoogleDuplex

Enough of the serious talk, let’s laugh a little…

There are tons of people taking to social media to express their opinions on the Google Duplex. Take this one, for example, poking fun at the Duplex by predicting that people will use it to do their dirty work (like breaking up with their partner) rather than more important things (like finding out opening times on holidays).

Additional things Duplex can do:

So, after looking at a few opinions of the Google Duplex, let’s round this up.

What’s your opinion on the Google Duplex?

So many possibilities, we’ll have to wait and see what Google decides to do next with the Duplex. Let us know your opinions on Google Duplex in the comments below.

Do you find it incredibly creepy and believe it should be destroyed before it grows a mind of its own, or do you see it as innovative and a peak of what our world is heading towards?

P.S If you want to read more about Google’s features, check out our blog about Google’s Featured Snippet. Enjoy! Oh, and don’t have nightmares of AI world domination…